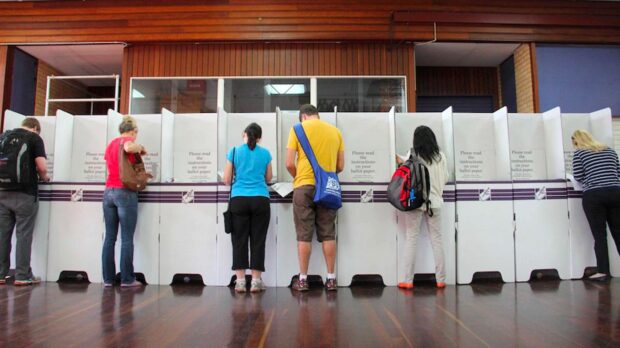 Designed as a way of cracking down on unwanted voters, a new law proposed by the government this week would restrict voting to those who can produce a Liberal Party membership card. Unveiling the bill, Liberal Senator James McGrath, who is chair of the Parliament’s Joint Committee on Electoral Matters, said it was important to stamp out superfluous votes.

“The current system is too open to abuse. At the moment there is nothing stopping a Labor voter or a Greens voter or an independent voter coming up to a polling booth and casting a vote. There are absolutely no checks in place to ensure that doesn’t happen. That’s terrible for our system of Government”.

He rejected concerns that it would disenfranchise voters. “This isn’t an unreasonable request. I carry around my Liberal Party membership with me everywhere I go, and so does everyone else I know. So it’s hardly onerous to suggest that I need to take it out and show it to someone working on a polling booth.

“It’s absurd to think that if I want to have a drink at The Australia club on a Friday afternoon I have to show my Liberal Party membership. Yet when I undertake my most important duty as a citizen — voting — no ID is required.”

Research from the Coalition found that voter fraud was a significant issue, with up to 51% of people voting for the wrong party in some years.