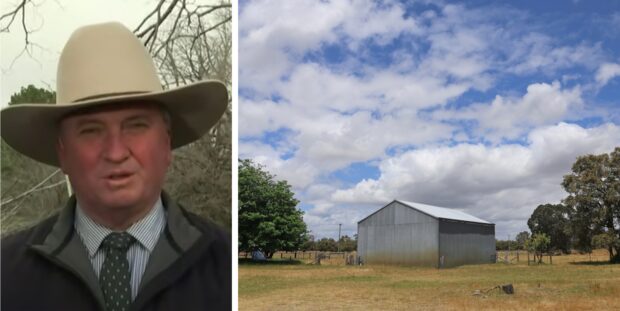 Barnaby Joyce’s suggestion this week that the best way to reduce methane gasses would be to “grab a rifle and start shooting cattle,” has had unintended consequences, after it gave others within the government an idea about a different way to achieve the same goal.

Statistics from the CSIRO show that two-thirds of agricultural methane comes from cattle and sheep, with the other third presumably coming from Barnaby Joyce. “This hasn’t been formally measured with instrumentation. However the mathematics makes sense – it’s not possible to produce that much bullshit without contributing a significant amount of greenhouse gases,” a CSIRO scientist said.

Upon receiving the irrefutable data, Michael McCormack started loading his rifle with tears in his eyes. A solemn Scott Morrison intervened to tell McCormack, “No, he’s my Deputy PM… I’ll do it”. Joyce was then escorted behind the Parliament House shed, given a handful of treats and one last beer before the PM took the most meaningful action to date in reducing greenhouse emissions.

Joyce’s multiple families were informed he went to live on a big farm. “He would love that,” they said, “he always was pretending to be a cowboy”.

Despite the sad news, many pundits are expecting Joyce to “somehow fucking return as Deputy PM” in another 3 years.