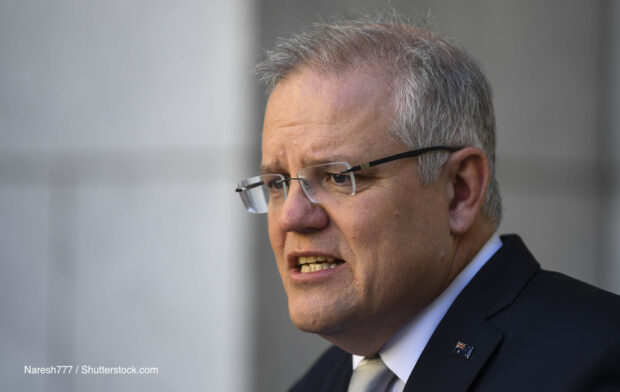 Scott Morrison has confirmed he’ll be out and about celebrating the spooky season this year, saying he’d like to dress up and pretend to be the Prime Minister for the special day.

Insiders from Morrison’s office say they are not convinced about the character choice, concerned that most people won’t get it.

“It’s been so long since Australians have seen a Prime Minister, we don’t think they’ll recognise the costume,” one staffer said. “We’re not even entirely sure what this costume would look like, although you can guarantee it’ll be thrown together last minute with a hot glue gun and paper-mache.”

Everyone did agree, however, that Scott Morrison as Prime Minister would be terrifying. “Just the idea of it will scare a lot of people,” one insider said.

A source close to Mr Morrison, who had seen the contents of shopping bags, revealed the costume will include a Hawaiian shirt from Lowes and a novelty piece of coal. This appears to have been his backup plan after he was unable to locate a rubber Kevin Rudd mask. Despite the elaborate costume, some experts doubt whether Mr Morrison will actually show up.

Other members of Parliament are getting into the Halloween spirit too. Barnaby Joyce will play himself as a lecherous, drunken cowboy for the 17th year running. Peter Dutton said he was “The Dark Lord – a demonic, crusher of souls and dreams!” although that had nothing to do with Halloween.

Greg Hunt’s costume is expected to arrive in time for Easter.