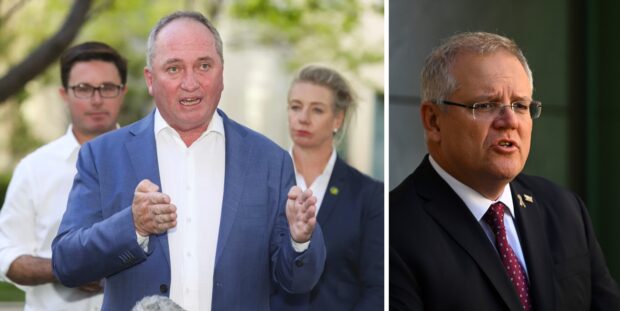 After eight years of doing fuck all, the National and Liberal parties have come together to announce a brave new plan to do fuck all for a bit longer.

Following a marathon meeting at the weekend, National Party leader Barnaby Joyce emerged to say that his party had come to an agreement to commit to a process going forward that would go towards doing absolutely nothing.

“We had a very robust debate about the merits of doing nothing ever, versus doing nothing for the next thirty years, and in the end we agreed that we probably won’t be alive in thirty years so we may as well make a vague commitment to do nothing until that point,” Joyce confirmed.

Prime Minister Scott Morrison said the Coalition now had a solid and ambitious commitment to do nothing. “Make no mistake, this is a courageous plan. To do nothing for eight years, then claim you’ve been rushed into a last-minute decision, then hold a meeting the night before a global climate summit, then commit to do nothing for the foreseeable future – that takes real guts.

“I know better than anyone what it’s like to do nothing, and this takes it up a couple of notches. We intend to meet and beat our targets.”