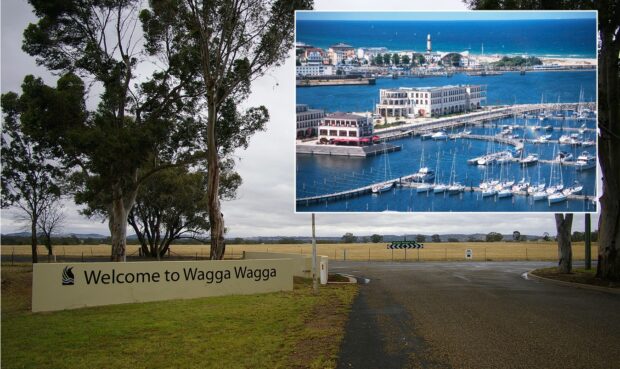 A 2017 grant from the NSW government will allow the inland town of Wagga to build a multi-million-dollar yacht club that the town says will prepare it to host international sailing events such as the America’s Cup and the Sydney to Hobart. The facility will be built next to the recently completed Olympic-standard clay target shooting club.

Mr Ayres said Wagga was the obvious place to build an ocean-sports facility, as it was only 350km from the coast. “Just as people naturally associate Wagga with the Olympics, they associate it with international-grade yacht races. I can’t think of a better way to use New South Wales taxpayer money than to dig a $32 billion causeway that links Wagga directly to water. We’re bringing the sea to Wagga”.

Ayres said there were other plans also in the works. “Daz told me to put aside $64 million for the Maguire Memorial Oyster Farm. Great for tourism”.

Organisers of the Sydney to Hobart are yet to confirm interest in the revamped ‘Wagga to Hobart’ event.