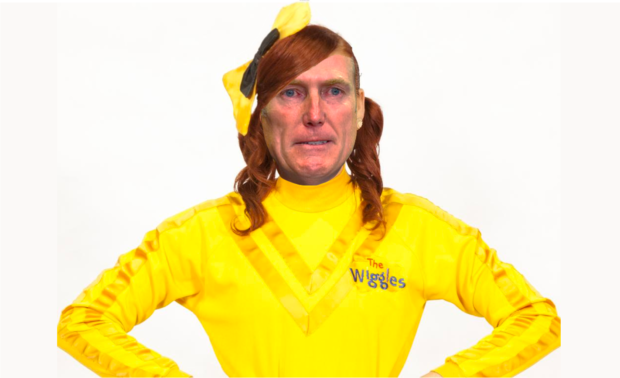 Former Attorney General Christian Porter will be leaving politics to become the new yellow Wiggle, after the group revealed they were behind Porter’s $1 million legal fund and were now ‘calling in a favour’.

It is believed Mr Porter was unaware of the identity of the donor until yesterday, when he was told he would need to repay the debt and don the yellow skivvy and ribbon.

There were always concerns the blind trust would leave Mr Porter open to bribery or coercion, but experts say they didn’t expect it to come from a children’s musical group.

“There were fears the funds may have come from organised crime, or a foreign government, which would have left Mr Porter open to corruption or unwitting involvement in criminal activity. As it turns out, he’s instead been the victim of a prank, which is much, much funnier,” one anti-corruption expert said.

A key figure in Question Time over many years, Mr Porter has extensive experience in children’s performance. However unlike many of the Wiggles’ fans, he is yet to learn about taking responsibility for his actions.

He begins rehearsals with the group this week.