CLOSE
The Nation
‘Nationals Have Only Had 8 Years To Make Last-Minute Decision On Climate Change’, Barnaby Says 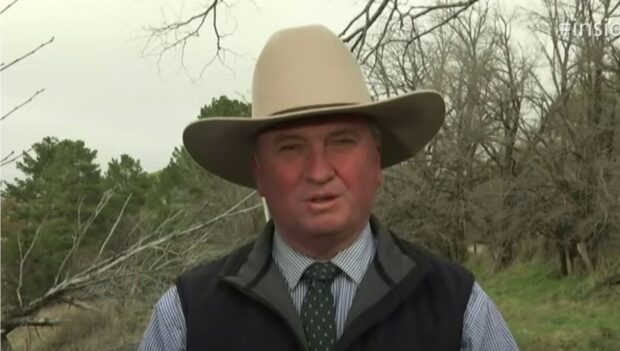 Nationals leader Barnaby Joyce says it is unreasonable to expect his party to throw together a coherent climate change policy at the last minute given he was only made aware of the issue twenty years ago, and has only been in government for eight of those.

Asked about his party’s position on climate, Mr Joyce became frustrated. “I’ve literally only been in politics for sixteen years mate. This is a complex issue. We’ve got to come to a consensus within the party about this, and that’s not something you just do at the drop of a hat with less than a decade’s notice.

He said there was unreasonable pressure on his party to provide a policy. “We’re not the Government, mate. Well, we are, but only recently. What do people want? For this to be cobbled together at the eleventh hour in less than three parliamentary terms?

“This issue only came across my desk in 2005, and I can assure you, it’s not the only thing to come across my desk since then. But like I’ve always said, I try to keep my personal life out of politics”.