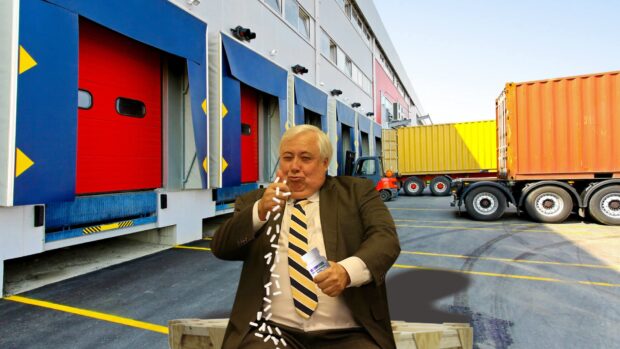 With news that the Federal Government would be destroying the 5 million doses of hydroxychloroquine that Clive Palmer ordered last year, the mining magnate was this morning seen sitting astride a shipping crate on the delivery docks furiously dry-swallowing handfuls of pills so they wouldn’t go to waste.

Proving himself a savvy businessman, Palmer purchased 5 million doses of the drug before any medical authority had approved its use. When asked for a statement regarding Palmer eating a metric tonne of the malaria medicine, a representative of the Therapeutic Goods Administration said, “We definitely don’t recommend that action to anyone, under any circumstances, not even if you had ALL of the malaria. However, we are relieved Palmer is the only person swallowing his own bullshit for once.”

Clive Palmer had previously refused to collect the drugs from the dock claiming he had “Donated them to the federal government”. While true, now it appears less like a donation of medicine to the needy and more like when you donate a filthy mattress by leaning it against the Lifeline bin in the hope that someone will pick it up.

When approached for comment, Palmer was unable to provide one as he’d just accidentally removed and ingested one of his shirt buttons in his frenzy.