CLOSE
Local News
‘6 Ways Vaccination Requirements Are Different From The Holocaust’: A Handy Guide For Anti-Vaxxers 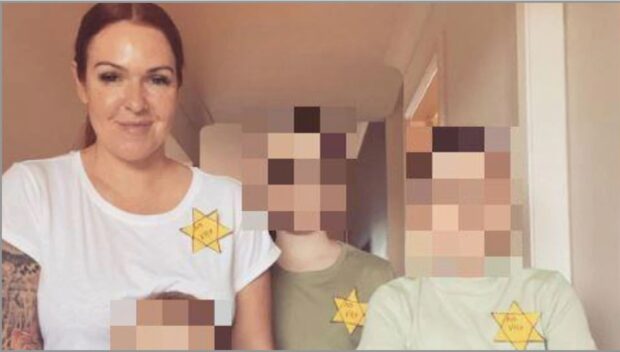 Some anti-vaxxers have been comparing the vaccination requirements in Australia, Canada and elsewhere to the Holocaust, claiming they are being persecuted, just as Jewish people were during WWII. One woman even dressed up her children wearing yellow Star of David patches.

We took their advice and ‘did our own research’ and found some surprising differences between the two events. We’ve summarised our findings in this handy guide for anti-vaxxers.

1. People in the Holocaust were innocent victims, you’re just a selfish fuckhead. It’s a subtle difference, but one that becomes clearer the more you look into this issue. On the one hand we have ordinary people targeted because of their religion or race, on the other, self-obsessed wankers claiming they are oppressed because they can’t sit down for a coffee at their local café.

2. In the Holocaust, Jewish people were murdered. In this pandemic, anti-vaxxers won’t be able to go to Kmart. You may think the two things are comparable, but the difference is actually monumentally fucking huge. A small, self-imposed inconvenience for you, versus a literal death-sentence for millions of people.

3. Holocaust victims had no say in their fate. You can choose to do whatever you want. As far as we could tell from our research, there wasn’t an opt-out form for the Holocaust. No-one responded to a knock on the door from Nazi soldiers by saying ‘I think I’ll sit this one out because Pete Evans says I shouldn’t trust the science’. But, as you keep telling us over and over and over again, you can do whatever you want.

4. The Holocaust killed people, vaccinations save people. At first glance, it might be hard to spot the difference here. But on closer inspection, you’ll notice that the two things are actually the EXACT FUCKING OPPOSITE. They literally couldn’t be more different.

5. Holocaust victims were forced into concentration camps. You’re being asked to voluntarily go to a pop-up clinic in a converted town hall.  A non-negotiable journey to a death camp under armed guard, versus a short trip to your local community centre where you’ll get a free lollipop. We checked, and you may be surprised to learn that these things are not remotely similar.

6. Jews in Nazi occupied Europe were forced to wear yellow stars; you’re playing dress-ups. Cosplaying a prisoner of war might seem like a fun way to get more Instagram likes, but it’s actually fucking grotesque.