CLOSE
The Nation
COP26: Morrison’s Payments Cut Due To Not Having Reasonable Reason For Refusing Work 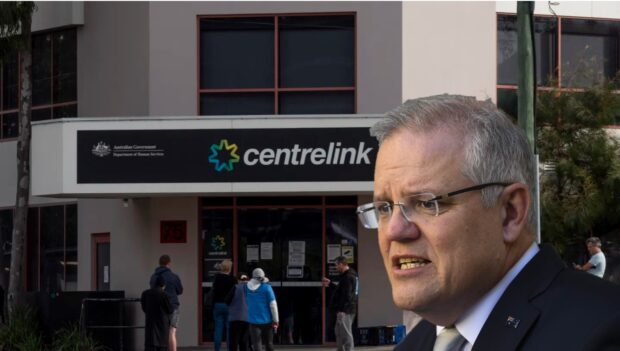 Scott Morrison’s case manager says he is not meeting the mutual obligation requirements for finding work and will have his payments cut off immediately. It comes after the Sydney man refused to do his job and represent the country at an international climate conference.

The case manager said it was the continuation of a pattern for Mr Morrison, who refused to work for much of 2019 and 2020, despite having several obvious duties to perform.

“We have given Mr Morrison several opportunities to provide leadership functions, as outlined in his job specifications, but he has chosen not to carry out those responsibilities,” the case manager said.

Attention was brought to the languorous leader’s inactions by a series of calls to the ‘Dobseeker’ reporting line. A spokesperson said the Dobseeker hotline had been ‘ringing off the hook’, with reports from disappointed voters across the country that their employee was refusing reasonable work. “He doesn’t hold a hose, he doesn’t speak to women, he doesn’t run vaccination programs. There’s a lot he doesn’t do”.

Mr Morrison rejected the characterisation of his work ethic, saying, “It is my job to do a job”.