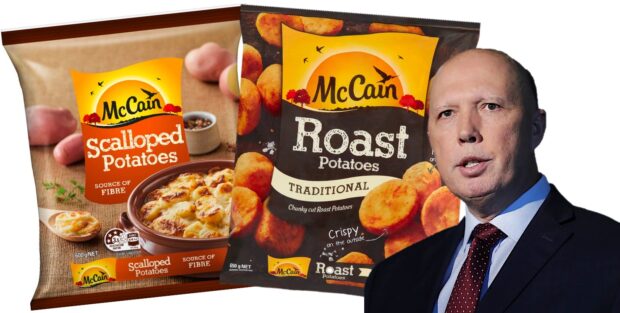 Frozen food giant McCain has been revealed as the secret financier behind Peter Dutton’s defamation proceedings against refugee advocate Shane Bazzi. The company has defended the decision, saying their business had always been about promoting potatoes.

“As one of the most prominent figures in our industry, Mr Dutton plays an important role in increasing awareness of this important vegetable,” an explanatory statement from the company said.

“We’re all for potatoes being fried – but in the kitchen, not in the courtroom. That’s why we’re providing this financial support”.

The company said they had a great deal of experience in seeing potatoes roasted. “We’d prefer he didn’t make a hash out of this”.