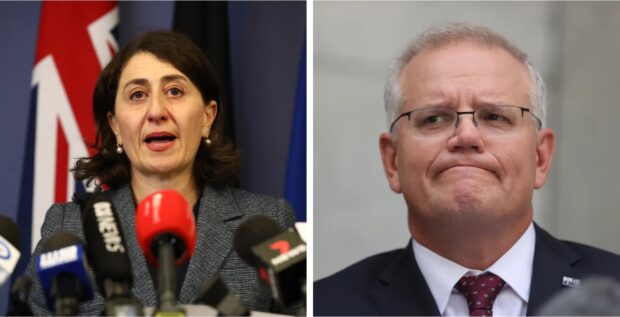 The Prime Minister has looked on at Gladys Berejiklian’s resignation with bewilderment, wondering why on earth she would stand down simply because of something she’s done.

“It seems a bit over the top,” the PM said in his media conference today.

“I mean, by that measure, Greg Hunt wouldn’t have a job because he failed to order vaccines in a global pandemic. Josh Frydenberg would be out the door just because he misjudged budget spending by $60 billion. Christian Porter wouldn’t be contesting the next election because he was accused of rape and took $1 million from an unknown source.

He said it set an unrealistic precedent. “It really throws away all parliamentary conventions. Where do you draw the line? Does Barnaby Joyce have to quit politics because he’s been accused of sexual harassment? Does Angus Taylor have to stand aside because he used a falsified document to discredit a Lord Mayor? Does the Aged Care Minister have to be accountable for hundreds of avoidable deaths in aged care facilities last year? I mean, really.

“Next thing you’re going to tell me that I should take responsibility for the fact that, as Prime Minister, I didn’t do anything to build quarantine facilities to stop COVID-19 being re-introduced in Australia. It’s all very, very odd. But each to their own I guess”.