CLOSE
The Nation
TGA Demands Halt To Craig Kelly Texts, Citing ‘Seriously Misleading’ Assumption That Anyone Gives a Shit What He Thinks 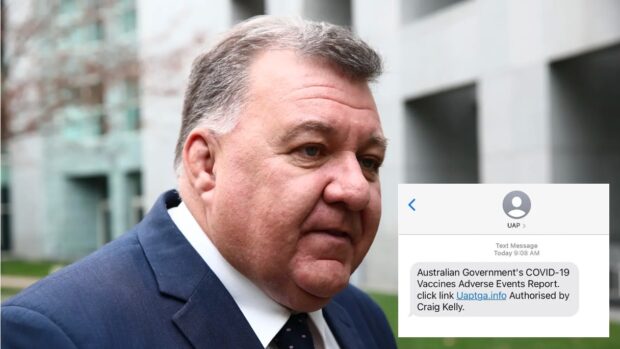 The Therapeutic Goods Administration has issued United Australia Party leader Craig Kelly a cease and desist letter, following a period of spamming constituents with text messages steeped in anti-vaccination sentiment, citing the ‘seriously misleading’ presumption that anyone in Australia cares what he has to say.

Lawyers for the TGA have written to Mr. Kelly, demanding that he ‘stop distributing incomplete, or even complete, extracts of adverse event reports relating to COVID-19 vaccines, or any other topic for that matter, because no one gives a shit.’

In an official statement, the TGA stated, “Mr. Kelly’s texts removed important information about why this bigoted, misinformed relic of the past thinks his opinions matter beyond having the constitutionally-questionable power to hold people hostage through their phones”, and further, “The TGA has acted to ensure the public receives relevant information, and not misleading texts from a man who’s convinced screaming loudly means what he’s saying is important.”

No questions have been raised about the TGA’s authority to issue sweeping value judgments in matters not pertaining to the regulation of therapeutic goods, presumably as a result of nobody caring enough to side with Mr. Kelly.