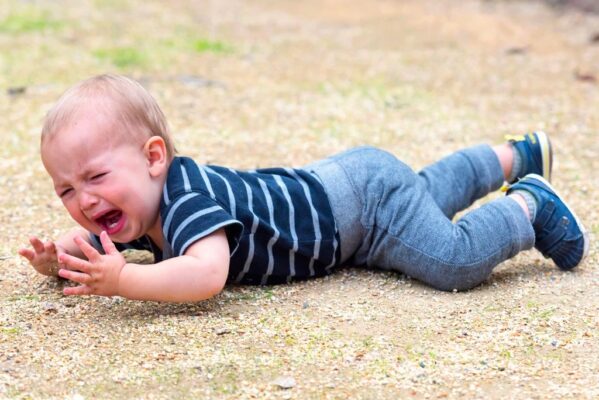 Refusing to get up off the road unless they are allowed to play with their tea sets again, hundreds of little construction workers have blocked traffic in streets across Melbourne in response to the government’s plan to bring in new COVID-19 restrictions for the industry.

Under the new measures, tea rooms will be closed at construction sites to help reduce the spread of the virus.

In an official statement today, a spokesperson for the workers – who have been able to continue working throughout the pandemic – said, “Waaaaaa! Waaaaaa! Waaaaaaa!”

Despite the fact that thousands of Australians have lost their jobs and thousands more have been unable to go to work or school, construction worker Jonno ‘Bigdog’ Taylor, 26, said it’s not fair.

Barry ‘Tommo’ Thomson echoed his co-worker’s concerns. “I’m not getting up! You can’t make me! I’m never getting up!” he said, kicking his feet on the ground.

Police were called to protest locations and have been forced to use a bottle and a daytime nap to calm the situation.