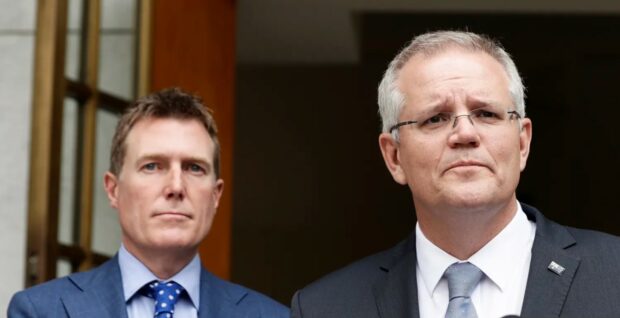 Scott Morrison says he is concerned about whether Christian Porter’s blind trust has breached Ministerial Standards and will seek further advice from the former Attorney General on the issue.

Mr Porter received up to $1 million from an unknown donor to cover legal costs, leading to concerns he may be open to blackmail, bribery or benefiting from proceeds of crime. The PM said he took the matter seriously and wanted to seek independent advice.

“And Mr Porter has assured me he can remain independent,” the PM explained. “This is a man who is a former lawyer and a former Attorney General for goodness sake. He has shown throughout his career that he has fine judgement.

“What we don’t want to do is be getting other people involved in this whole process unnecessarily. Everyone’s busy enough as it is. Our philosophy in this government all along has been that the best person to investigate wrongdoing is the person accused of that wrongdoing. I mean, it makes sense. Obviously they know more about it than anyone!”

Mr Morrison said he would ensure the investigation was conducted at arm’s length. “Christian is a pretty tall guy. He has very long arms, so I don’t think this will be a problem for him. I have a lot of faith in Mr Porter, or as he likes to call it, blind trust”.