CLOSE
The Nation
Forgetting to buy vaccines in a pandemic, and 6 other silly little mistakes we’ve all made before 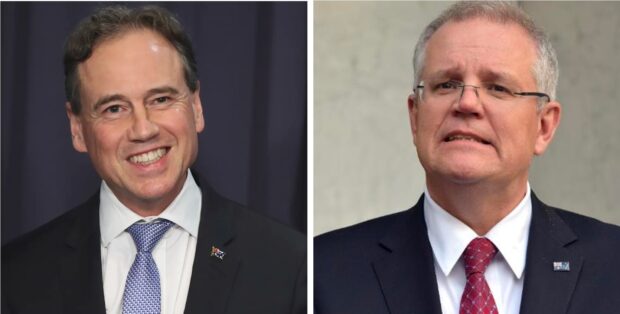 Ah life. It’s just one long blooper reel isn’t it? Full of silly slip-ups and endearing little blunders. It’s what makes us human. Here are seven common boo-boos that we can all relate to. Recognise yourself in any of these?

Forgetting to buy vaccines in a pandemic

We’ve all done it. There’s a virus sweeping the globe, killing thousands of people and putting thousands more out of work, and instead of buying the vaccine that can put an end to it all, you get distracted and start an argument about cancel culture. Or buy a $600 million gas-fired power plant. Oh well, there’s always next time!

Losing a humiliating defamation case that you initiated

Who, hand on heart, can honestly say they haven’t at some point accused the national broadcaster of defaming them, initiated court proceedings, realised they’re not going to win, desperately tried to negotiate a settlement, dropped the case and then frantically called for the evidence to be withheld? Silly duffer! Chin up, though – at least you didn’t lose your job in the process. Oh wait!

Having to ask your wife if rape is bad

Whoops! Always get that one wrong! No shame in checking in with your wife from time to time so she can remind you of the gravity of sexual assault.

There’s no sillier feeling than going to pay for something and realising that your $5 note – or $60 billion budget line item – has fallen out of your pocket at some point along the way. Awk-ward! Sure, $60 billion is larger than the annual GDP of some entire nations, but when you make a little blunder like this it’s best not to dwell on the details.

Ah, bugger! It’s such an easy bungle to make. After all, there’s only two letters difference between ‘women’s’ and ‘men’s’, so if you’re not paying attention you may find yourself up on stage lecturing women about their personal safety. Best thing to do if you find yourself in this situation? Push through, make some impressive-sounding promises, then pretend the whole thing never happened.

Not building a quarantine facility

We’ve all been an absolute goose at some point and forgot to build a dedicated quarantine facility that could stop a deadly virus from entering the country, thus avoiding the lockdown of the nation’s two biggest cities. You numpty! Like most slip-ups in life, it’s not the mistake that matters though, but how you deal with it. By still not building a dedicated quarantine facility.

Posting an outdated photo on your Instagram for Father’s Day

You know what it’s like. You’re popping off for a weekend away with the family while half the rest of the country can’t travel more than 5km from their homes, and instead of posting a picture from the actual day, you accidentally post one from earlier in the year. That’s going to make it look like you purposely tried to cover up your trip you silly sausage! Well, on the plus side at least the photo wasn’t from a memorial event to commemorate the death of someone else’s ki –