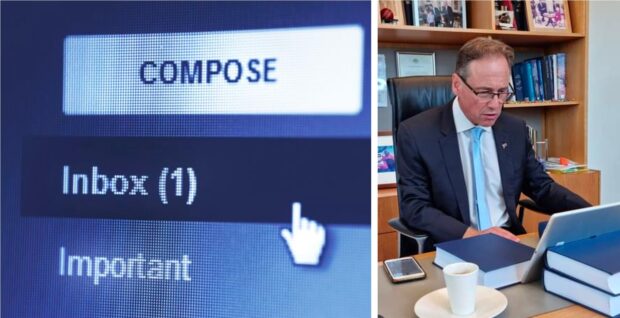 Greg Hunt says he didn’t reply to an email from Pfizer last year because he thought it was a scam.

Responding to revelations he took two months to follow up on a meeting request with the pharmaceutical giant, Mr Hunt said the email seemed a little bit fishy.

“The email came into my inbox, I saw that it was spruiking some sort of life-saving treatment or mRNA technology or some such, which all seemed very dubious, and so I marked it as junk, as any conscientious health minister would. I thought they were trying to sell me something.”.

He said he junked a second email from the company a week later. “The second one seemed even more urgent, saying things like ‘last chance!’, ‘don’t miss out!’ and ‘order now or risk looking like an incompetent idiot as you lead your country into an entirely avoidable third wave of the pandemic’. I mean, who would believe that?”

Hunt said the fact that the company followed up with eighteen phone calls, four text messages and a personally signed letter from the Pfizer CEO didn’t change his mind. “These scammers can be very sophisticated in the way they use your personal details,” he said.

He said that, on a more positive note, a federal budget financing opportunity with a member of the Nigerian royal family was in the final stages of negotiation.