CLOSE
The Nation
“My Family Is More Important Than Your Family,” Morrison Says In Emotional Address To Nation 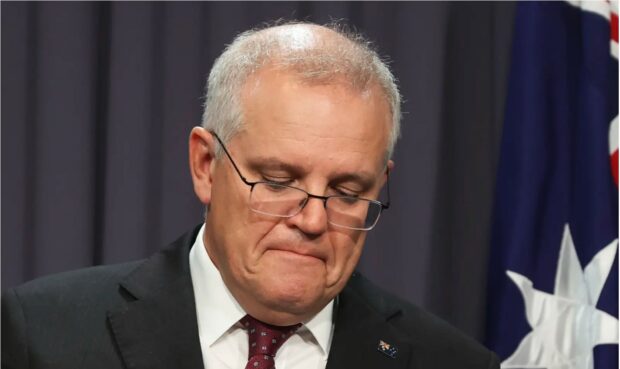 A tearful Scott Morrison has provided an explanation for his cross-border Father’s Day trip to Sydney at the weekend, saying he loves his family more than you love yours.

Acknowledging that hundreds of thousands of Australians were unable to see their families on Father’s Day – even if they lived in the same city – the PM said that it was because they don’t deserve to.

“I sat down with Jen and the kids on the weekend and we chatted about this. We said, why is it that I can ignore border closures during a pandemic while the rest of NSW, ACT and Victoria can’t? How am I able to get my weekends away paid for by the taxpayer? And the thing we came back to, again and again, is that I’m special and you’re inconsequential,” Mr Morrison said, his voice cracking with emotion.

“I get up here day in day out and I say that all Australians are equal; that if you have a go you get a go; that we’re all in this together. But the truth is, you’re meaningless. I only ever think about myself”.

“And yes, many people have told me that they would’ve liked to have seen their family on Father’s Day too. And to them I say, I’m sorry that you’re so irrelevant. But I’m not going to spend time thinking about other people, I’m not, because, because … sorry, this is quite emotional for me … because the truth is, I’ve got enough on my plate thinking about myself”.