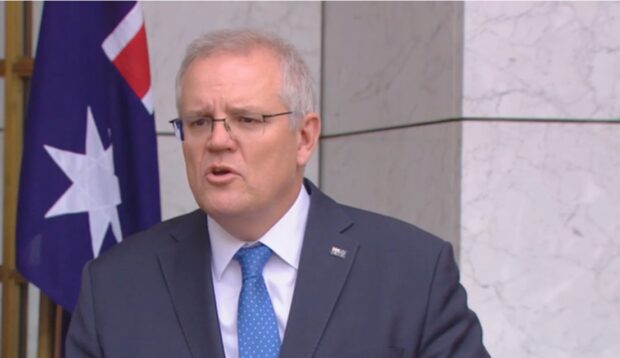 The Afghanistan war was a disaster that Daniel Andrews never should have signed up to, Scott Morrison told journalists today.

He said the situation in Afghanistan could have been avoided. “What’s happening in Afghanistan right now is a tragedy. There’s no other word for it. And had it not been for the reckless decisions of leaders in Victoria, Queensland and Western Australia, we wouldn’t be here today”.

He praised NSW Premier Gladys Berejiklian for avoiding war in the Middle East. “I will note that the Premier of NSW has never once suggested we go to war in Afghanistan. Not once”.