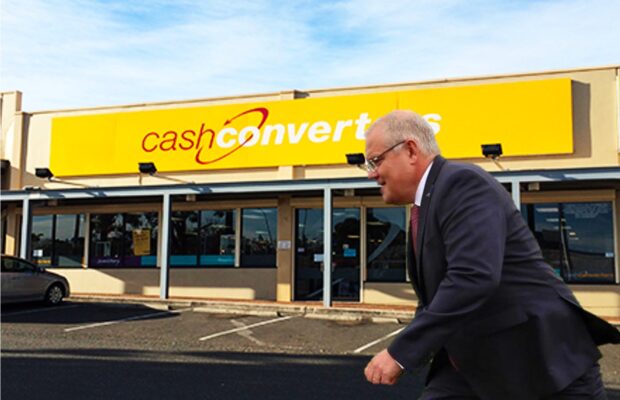 Telling staff he’d be prepared to trade Jen’s watch or the girls’ PS5 for a decent number of doses, the PM has been spotted hunting the shelves of local Cash Converters stores, in the hope of scoring some more second-hand Pfizer.

Frantically rushing past second-hand bikes, used golf clubs and stereo systems from the mid 1990s, Morrison headed to the sales desk to ask if they had any out the back.

“I’m about 10-12 million doses short, but I’ll take whatever you’ve got,” he said, nervously tapping his fingers on the counter.

“Even just a hundred thousand if you’ve got it. No? Ok, five thousand? Half a dozen? No? You’ve got nothing? Not even some stuff that’s about to expire? More than happy to take that off your hands. Ok, looks like you’re all out too,” he said, before rushing to the next store.

Onlookers said Morrison was constantly checking his phone to see if he’d had any responses to his ad on Facebook Marketplace, and on several occasions checked in with Greg Hunt who was calling stores in Melbourne.

“Nah, nothing at my end either mate. Looks like it all sold out last year,” he was overheard saying.