CLOSE
The Nation
Scott Morrison Explains The Afghan Situation Is Complicated, “Like The Movie Shrek” 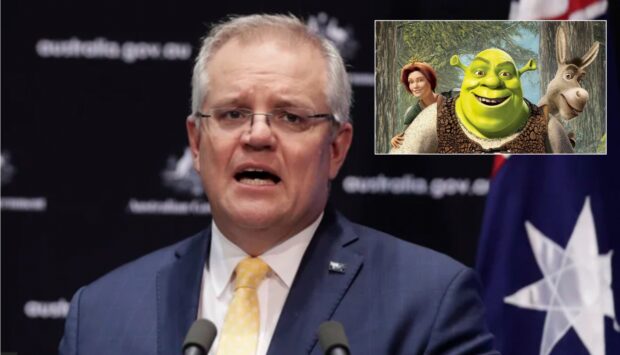 The Prime Minister has defended his government’s response to the Afghan crisis, saying the situation there is complex and unpredictable, with many twists and turns, much like the movie Shrek. It follows his comparison this week of the vaccine rollout with the movie The Croods.

Speaking to media this morning, Mr Morrison said there were no easy answers in Afghanistan. “It’s like that movie Shrek, isn’t it? Shrek wanted to stay in the cave, while Donkey wanted to leave the swamp behind. But on the positive side, we’ve managed to evacuate the gingerbread men”.

Providing a rare insight into the sophistication of his thinking, the Prime Minister continued with his analogy. “You see the Afghans are Shrek and we are all like the creatures that went to live in their swamp. But instead of magical creatures, we were allied forces with drones. The Taliban is Lord Farquad. I’m not sure who Puss in Boots is. The point is, we need to make sure that Shrek is left alone in his swamp.”