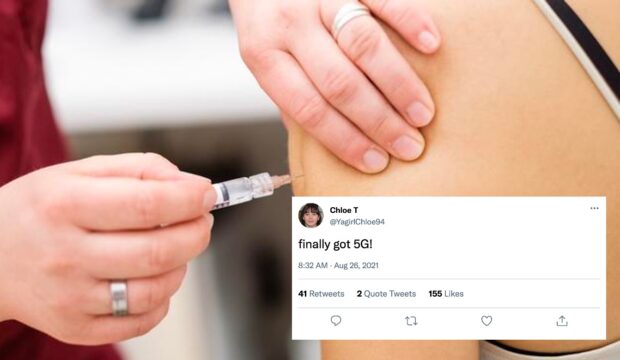 People under 40 will finally be able to make hilarious jokes about their improved 5G coverage after governments in Victoria, NSW and elsewhere opened up access to the age group.

To date, younger people have not had access to the jokes, with supply directed entirely towards older people or essential workers.

Twenty-four year-old Chloe Teague said it was a relief to finally be able to make a quip about her improved mobile phone service. “I’ve seen my parents and some of my friends make hysterical jokes, so it’ll be good to finally join them,” she said posting, ‘Vaccine day. First dose done. 5G here we go!”

Many young people had already booked in for Bill Gates jokes, but Victorian Premier Daniel Andrews said they could now switch to 5G jokes without needing to cancel their existing booking. “You will have the choice when you arrive for your appointment,” Premier Andrews said.

He urged Victorians to make a booking, and said the demand for the jokes would be high. “Given the lack of clarity in the roll out of jokes so far, we recommend keeping it simple. Make a booking and we can get you ready to post on your chosen form of social media,” Premier Andrews said.

People aged 60 and over will still be restricted to the Bill Gates jokes, as they are better understood by members of that demographic. Or if they so choose, they can simply share an incomprehensible meme about the state controlling people, and masks, definitely something about the economy, and is that a 911 reference?