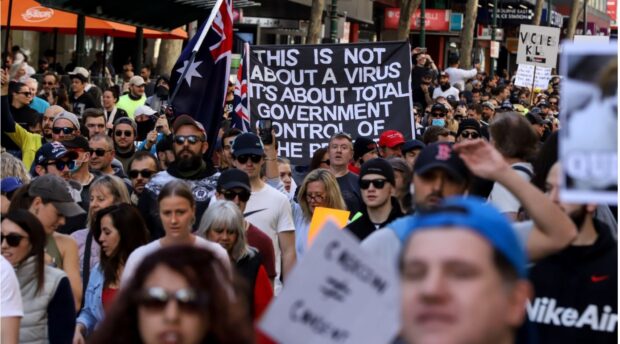 A new reality TV show announced this week will send a group of anti-lockdown protesters to countries including Afghanistan, North Korea and Belarus so they can compare how dictatorships in Melbourne and Sydney measure up to the ones overseas.

Named ‘Dictator Exchange’ the show will kick off with a two-week stint in Kabul. “They’ll be left to their own devices to ‘do their own research’, which they’ll love,” series producer Alicia Lam said.

“We’ll organise the flight over, drop them in central Kabul and then leave them to do … whatever they want. Total freedom!”

The Afghanistan episode will include a series of challenges, including, ‘Create a social media post about how much you hate the leader’s new rules’, ‘Make your own anti-government sign’ and for women, ‘How long can you go without wearing a face covering?’

Lam said that, as with all reality shows, viewers could expect some fireworks early on. “Oh for sure, I’m expecting the contestants to get pretty antsy. It’ll make great TV. My guess? Twenty-four hours under the Taliban and they’ll be begging to come back. They won’t even complain about the 2-week quarantine they’ll have to do when they return”.