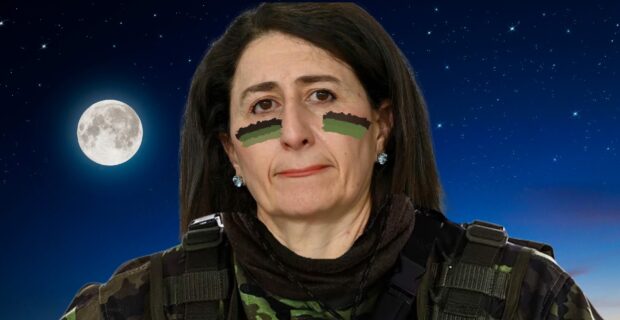 Saying she was ‘asking for a friend’, NSW Premier Gladys Berejiklian has reportedly asked contacts within the US military for tips on how to cut-and-run from a country at short notice.

Bewildered MPs arrived at NSW Parliament House this morning to find a hastily-written letter from the Premier stating that while she was three weeks too late on most initiatives, she’d learned from the US occupation of Afghanistan not to leave it 20 years before sneaking out.

“With the state hitting 600 plus cases a day, it seems like a pretty good time for Gladys to cut and run,” said a member of the US military who claimed to be the the Premier’s advisor.

“We lent her a survival kit that included night-vision goggles and a set of wire cutters for when she reached the Queensland border. I also threw in some purification tablets to make the beer up there palatable. It sounds like she could use a drink.”

Deputy Premier John Barilaro upon seeing the Premier’s letter, reportedly asked “Straight-up, does anyone else want to be in charge?”

Ms Berejiklian was last seen dressed in military fatigues heading north. Members of the public have been told she is not considered dangerous unless put in charge of public health policy.