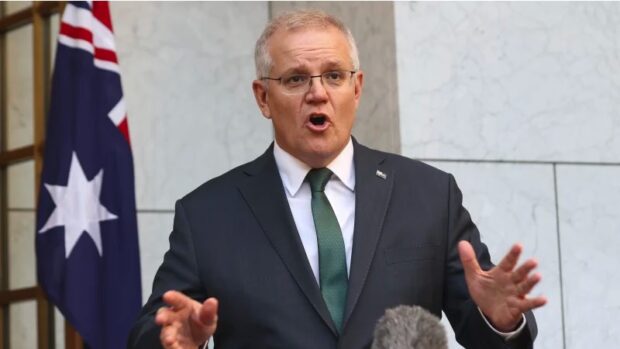 Saying it was a burst of good news during an otherwise challenging week, Australia’s most experienced FIFO worker, Scott Morrison, has made another vaccine announcement, confirming that he has secured an additional 17 doses of the Pfizer vaccine, as part of an arrangement with Afghanistan.

“We’ve been in consultation with our diplomatic contacts in Afghanistan and explained to them the challenging situation we’re facing here in Australia,” Mr Morrison said.

“I called personally and said to them, ‘Look, I recognise that things are a little bit rough over there for you, but have you heard about the situation in Dubbo? Cases in NSW are going up faster than Barnaby Joyce’s cholesterol. This is a war we’re fighting’. So I think they get how tough we’re doing it right now”.

Questioned about the morality of taking vaccines away from a third-world country in crisis, Mr Morrison said he talked that through with them. “They said something about their country falling apart and I said ‘well sure, but my approval rating are falling apart’, so I think we’re all coming from a similar place on this one. They know where the need lies”.

Morrison said the RAAF will charter a flight to bring the 17 doses back to Australia. The extra doses will be enough to vaccinate 8.5 people.