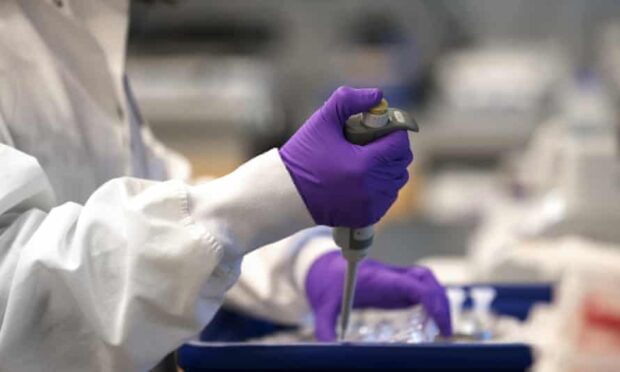 The Covid-19 vaccination was engineered by humans in a series of secret labs scattered across the world, conspiracy groups have claimed.

The group has pointed to thousands of pages of laboratory reports detailing the creation and refinement of the controversial vaccine, which they say has mutated into multiple strains including ‘Pfizer’, ‘Moderna’ and ‘AstraZeneca’.

They say the discovery throws into question the origins of the vaccine. In November 2020, the World Health Organisation published a report which found, “The possibility of a man-made vaccine is extremely unlikely due to the sheer incompetence of the human race to let the virus propagate in the first place” and “Honestly, our best guess is aliens.”

The more malicious of these theories suggest the vaccine was intentionally released from the laboratory by billionaire business magnate Bill Gates, to be used in mass quantities for the purposes of controlling the populace by means of ensuring they continue to live to renew their Office 365 subscription.

In addition to the extensive archive of reports and quality management manuals, it was also uncovered that many of the top researchers at the laboratory communicated with each other via text using the 5G mobile-phone network, which is sure to further fuel conspiracy theories.

Since its initial discovery, the vaccine has proliferated across the globe, with an estimated 32% of the world’s population having contracted the vaccine at least once, and with many of those acquiring it a second time.