CLOSE
The Nation
Pauline Hanson Refuses To Get Jab: “There Are Already Enough Pricks In One Nation” 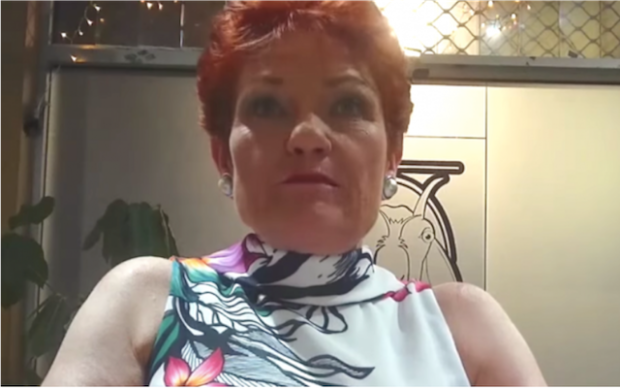 Pauline Hanson has confirmed she will not be getting the Covid-19 vaccination, arguing that between Latham who’s due for his annual shift to a different, more right-wing political party, and Malcolm Roberts sovereign citizen bullshit “we’re pretty set for painful pricks”.

Last week the Senator appeared on Sky News touting the anti-vax talking point that Covid-19 vaccines had ‘not been properly tested’, a theory she appears to have fallen arse-backwards into via the far-rightwing memes her Facebook algorithm recommends.

Former Chief Medical Officer Nick Coatsworth was forced to explain that the vaccine is one of the most thoroughly tested vaccines of all time. But Senator Hanson doubled down, saying, “I’ve been tested on the floors of Parliament and the Senate for 25 years and I’m still fucking useless”.

Coatsworth maintained that with her line of thinking she’d be better off comparing herself to the virus – given her propensity to pop up unexpectedly and ruin people’s lives.

Hanson also said that if she “got Covid-19 and died from it, that’s her choice,” attracting many new supporters who are urging Hanson to take this promise to the next federal election.