CLOSE
The Nation
Virus Mutates Into Corrupt, Sexist, Attention-Seeking Parasite, After Just One Day In Canberra 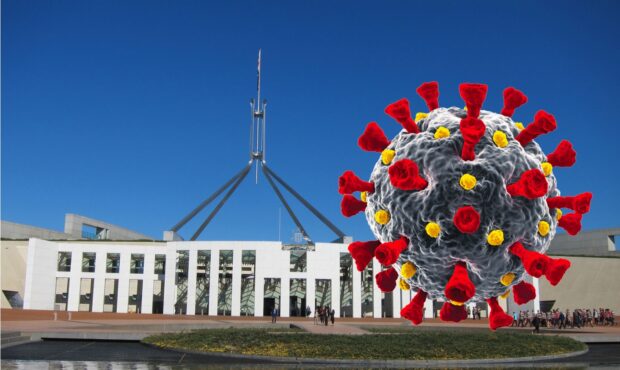 Just hours after entering Canberra for the first time in over a year, the COVID-19 virus has mutated into a dangerous new variant that has already misused taxpayer money, got pissed in Parliament House and had a wank on a desk.

Announcing that it would be claiming a $273 accommodation allowance for each night in stayed it the capital and would only leave if provided with an RAAF-funded jet, the so-called ‘Canberra variant’ said it would be trying to ruin as many people’s lives as quickly as possible.

“From what we’ve seen so far, it is likely that it will fuck everything up without taking any responsibility. But enough about Greg Hunt, let’s talk about the novel coronavirus,” leading epidemiologist Sarah Mallison said.

She said, like other strains of the virus, the variant relied on others to survive. “Although unlike other variants, it’s likely to sue you for defamation once it’s finished making you sick”.

Experts say they are hopeful that if the virus spends enough time in Canberra it will eventually mutate into the ‘Morrison strain’. “The benefit of this strain is it only works Tuesdays through Thursdays”.