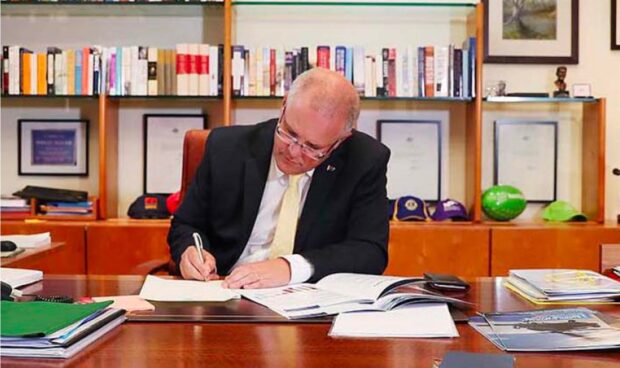 Claiming the number ‘4’ looked a little weird all on its own, the Prime Minister has taken a bit of artistic licence on his Census form, adding a zero to the question ‘How Many Hours Do You Normally Work Per Week?’

“I haven’t worked a 40-hour week since there was an outbreak of needles in strawberries. And even then, it was probably only 20,” Mr Morrison told an aide.

“So sure, I may have fudged the numbers a bit. Everyone does it. It’s like adding a few zeros to the valuation of a piece of land at a proposed airport in Sydney – no-one gets hurt. But look, if it ever comes up, I’ll just say I wasn’t the minister responsible for filling out the form at the time. Next question please”.

Mr Morrison confirmed that he did answer the other questions in the Census honestly.

“When I got to the question ‘What are the main tasks and responsibilities you usually perform in your occupation?’ I’ll be honest, I didn’t know what the word ‘responsibilities’ meant. But I do know what tasks are, so I just put ‘photo shoots’.

He said on the religion question he ticked the ‘Sales & Marketing’ box.