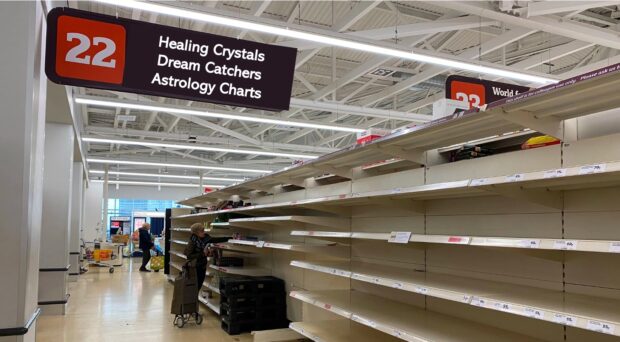 Shops in Byron Bay have been stripped of healing crystals, dream catchers and astrology charts, just minutes after a seven-day lockdown was announced this afternoon.

Byron Bay store owner Kyra Love said some customers had trollies overflowing with crystals, salt lamps and other essentials. “We’ve totally sold out of BioChargers too”.

The panic buying means some residents could be without crystals for weeks, which experts warn will have absolutely no impact on their lives whatsoever.

Byron residents say they have followed lockdowns in other areas closely, so they know what to do to stop the spread of the virus. “We’ve set up a group hug session for the community tomorrow, and then we’ll run daily drum circles after that” a spokesperson said.

Media reported earlier today that one person in the Byron area was positive, infuriating residents who claim that all people in Byron are positive.