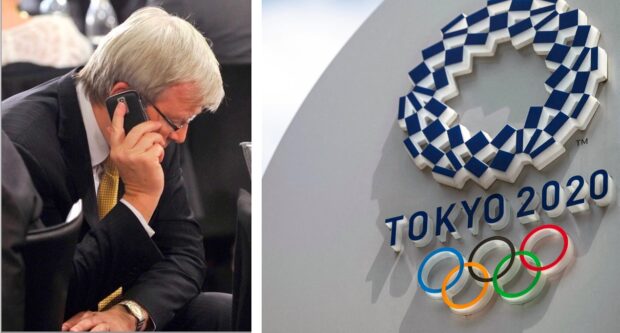 Saying he was acting in a personal capacity on behalf of Australians locked down in Melbourne and Sydney, former Prime Minister Kevin Rudd has made a backchannel call to the IOC to negotiate an extension of the Tokyo Olympics.

Mr Rudd said he spoke with IOC President Thomas Bach yesterday, urging him to extend the Games for a few more weeks, even if it was just the swimming.

“It’s really pretty simple. In lieu of any action from the current Prime Minister, I thought I should pick up the Alexander Graham Bell to have a yak and see what I could shake out of the tree”.

Rudd labelled the call ‘constructive’. “I called him up and I said, ‘G’day mate. KRudd from Australia here. What’s say we get ‘The Terminator’ back in the pool swimming a few gold medal laps? Or Peter ‘Bonza’ Boll running an eight hundgy every night between now and mid October?’ And he said, ‘We have a contractual agreement for the Tokyo Olympic Games to end tonight’. So I think it was the start of a really positive dialogue”.

Scott Morrison’s office said the Prime Minister will call the IOC chief next month to enquire about an extension.