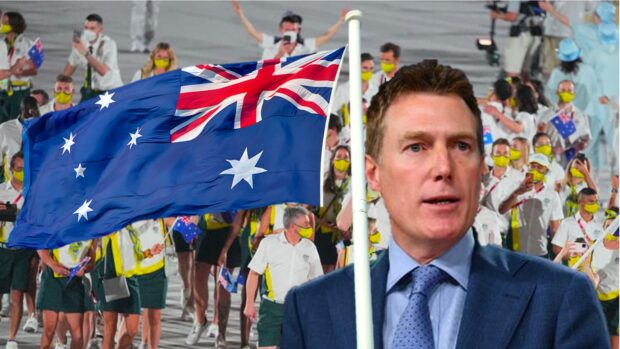 Pointing to his never-say-die attitude and his ability to rise back to the top against all odds, Prime Minister Scott Morrison says Christian Porter is the obvious choice to lead the Australian team out at tomorrow night’s closing ceremony in Tokyo.

“Here’s a guy who, against all odds, has picked himself off the carpet, got back in the ring and said ‘Nobody tells me I can’t be leader of the House even though I have a rape allegation hanging over my head,” Mr Morrison said today.

“Everyone thought he was done. They’d written him off. Said it was inappropriate for him to be in a senior government role. But he’s shown that with grit and determination and a total lack of ethics, you can prove the doubters wrong. If that’s not the embodiment of the never-say-die Australian Olympic spirit, then I don’t know what is”.

The PM said the fact that Porter had never competed at an Olympics shouldn’t count the former Attorney General out of contention. “If you used that kind of logic you’d look at me and say, ‘well you’ve never run anything before in your life but now you’re running a country.’ So I think he’s more than capable”.

Morrison said his wife Jenny had tried to explain to him why Porter was not a good choice for the role. But the PM said given his daughters aren’t Olympic athletes he couldn’t relate to her point.

Morrison later conceded that Mr Porter was his second choice for the flag-carrier role given Brian Houston is out of the country.