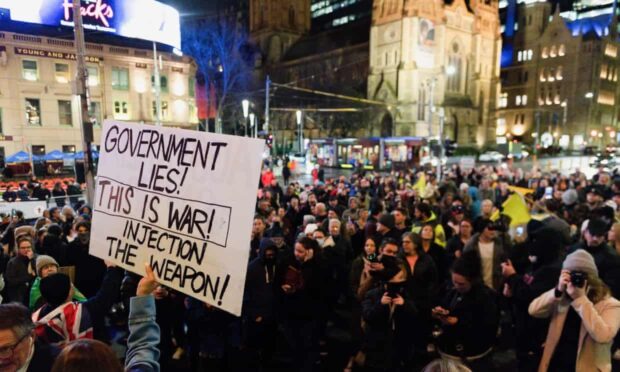 Thousands of anti-lockdown protestors took to the streets in Melbourne again last night, claiming that they were there to fight for everyone’s human rights. But in an embarrassing oversight, all of them forgot to join any one of dozens of rallies held in recent years for asylum seekers locked in detention.

“There I was shouting ‘Freedom!’ and ‘Don’t lock people up!’ and ‘Give us back our human rights!’ And then all of a sudden it occurred to me that I’ve never ever stood up for anyone else’s human rights before. It’s almost as if it was all about me,” one protester said.

Another protester said she had intended to go to a rally in support of the rights of asylum seekers, Palestinians or other neglected groups, but totally forgot. “It’s been busy. I’ve been so focused on my fundamental human right not to put a piece of cloth on my face that I just totally forgot to think about people getting shot at”.

She said she now remembered that she had a lot in common with asylum seekers. “I’ve been confined to just my house and my local park, café, Bunnings, Coles and Woolworths since July, so I know what it’s like to be locked behind bars on a small island for seven years”.