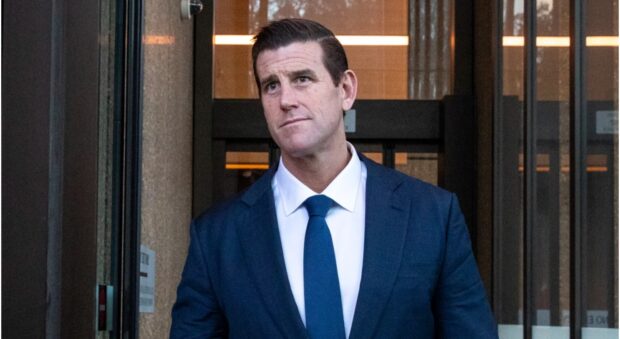 With the defamation trial he initiated now adjourned until November, former SAS solider Ben Roberts-Smith says he will use the valuable time off to find interesting new ways to undermine his reputation.

“I’m not sure I’ve done enough to taint my character, so it’ll be nice to have a few months to focus on that,” Roberts-Smith said today while drinking his morning coffee out of a prosthetic limb.

He said he didn’t want to waste the time just lazing about. “I could use the spare time kicking back watching the Olympics. But why do that when I could place my laptop in an oversized lunch box and bury it in the backyard?”

He said he wanted to use the time productively, not just lying around scrolling through his phone. “I find the best way to cut back on phone usage is to seal your phone in a plastic bag, set it on fire and then throw it into a lake. Your screen time drops immediately”.

He has yet to make plans to hire private detectives to spy on his love interests.