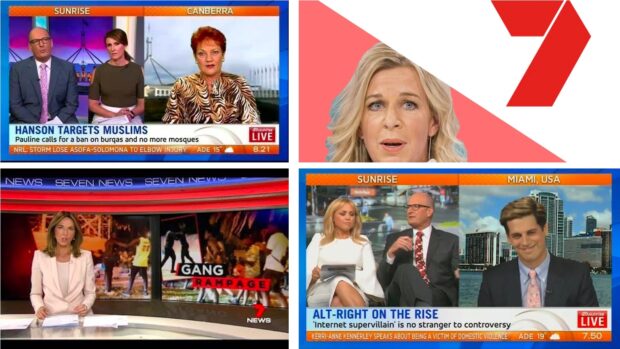 Following on from the success of its 7Plus Olympic app, the Seven Network has announced it will launch a new streaming service that will allow viewers to pick from hundreds of different racist segments, all from the one app.

A spokesperson for the network said the new app was a game changer. “In the past people have had to wait for a new episode of Sunrise before seeing Pauline Hanson abuse an entire minority group. But now you can see all of your favourite racist guests on demand, at the click of a button”.

He said it was important to give people access to a wide range of racist views. “You might want to watch a segment on how African gangs are overtaking Melbourne, whereas your partner might be more into the views of an alt-right American racist. With the new app, everyone can watch what they want”.

He said previously planned content from a British racist would unfortunately not be available due to her being sent back to where she came from.