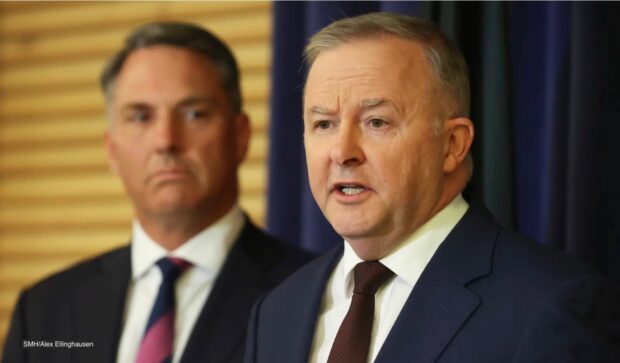 The Opposition has come within a whisker of developing a plan for the future, it has been revealed.

Sources say the party room was shaken by the close call. “There was a discussion which was heading very quickly towards an opinion. It could have easily snowballed to a policy from there,” one Labor insider said.

He said if it wasn’t for some quick thinking from leader Anthony Albanese – who hastily proposed matching the government’s policies on taxes cuts and asylum seekers – a policy position may have been unavoidable.

“It could have been a very different outcome, but everyone’s ok. Everything’s back to normal,” the source said.

Another Labor insider said there were danger signs as early as last month. “There were some whispers that someone was trying to launch a policy discussion; there were ideas being thrown around behind closed doors. There was even a rumour that a cabinet minister had starting running some numbers on an economic policy.

“But, as I said before, this has now been put to bed, we’re looking ahead to the future, and we stand firmly behind our lack of policies”.