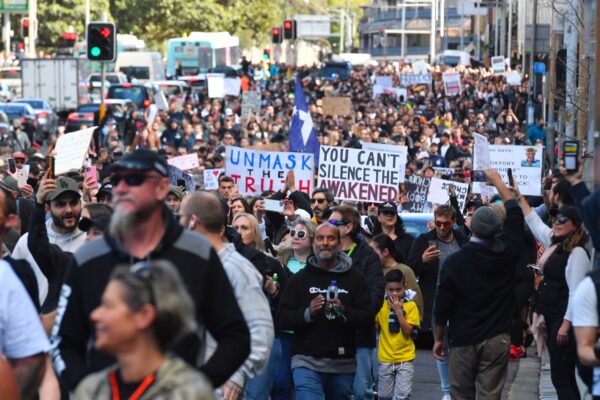 Thousands of protesters in Sydney and Melbourne believe that a government that misplaced $60 billion last year, had to bribe voters to secure the election and can’t even manage to organise a vaccine rollout with 18 month’s notice is controlling their every move.

“They’re tracking you right now,” one protester said of the Government that last year spent $20 million on a COVID app that has failed to track a single case.

Others were even more wary of trusting elected officials. “You break one of their so-called laws and they will chase you down. They know exactly what you do and where you live,” one woman claimed, apparently unaware of the fact that this Government is so useless at tracking people it had to serve just about every single Centrelink recipient with a Robodebt notice because it couldn’t identify the tiny percentage of people who actually broke the rules.

Another man said Scott Morrison was listening in on his phone calls. “I know for a fact he’s listening in on my calls,” he said of the man who wasn’t even motivated enough to call the head of Pfizer.