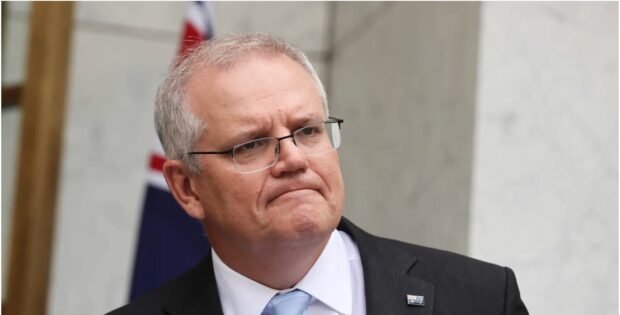 Admitting that he regrets not confronting the issue earlier, a repentant Scott Morrison says he is now willing to accept that he, and he alone, is responsible for Brisbane’s successful bid for the 2032 Olympic Games.

“This one’s on me. Not the bid committee, not the Queensland Premier. I have to own this,” the Prime Minister said in what appeared to be a cathartic admission.

“When you’re in the top job, there comes a time when you have to put your hand up and say, ‘I was responsible for that incredible win that will bring international investment and attention to Australia and totally reshape the nation’s third largest city. I need to be accountable for the positive media attention that results from an international victory like this’.

“That’s the long and short of it. The fact is, this is a historic day, not just for Brisbane and Queensland, but the entire country. And I have to take responsibility for that”.

He said the fact that he wasn’t directly involved in the bid in any way was irrelevant. “That’s what accountability means. I may not have been at any of the meetings or provided any support along the way. But that’s not the point. The point is, as the leader, you’re responsible. You take the good with the good”.