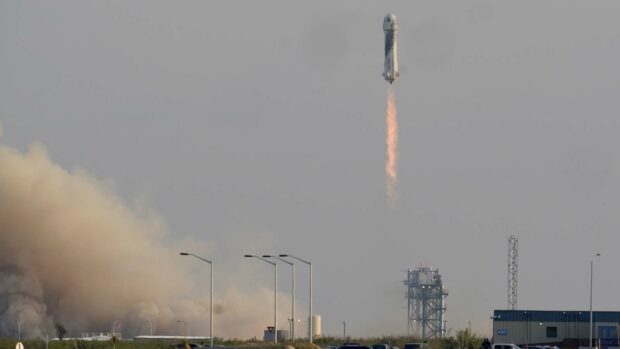 “They seem so tiny and insignificant,” Bezos said of his workers last year. But the flight on his Blue Origin rocket gave him a different perspective. “To look down on them from 100km in the air made what has always been metaphorical for me, a reality,” he said.

Bezos said he was awestruck by just how inconsequential Amazon staff were. “They’re like little ants, all scurrying around doing what they’re told. At least that’s what I used to think. But from up here it’s clear they’re much more trivial than that”.

In an attempt to make the Blue Origin experience feel more like an Amazon workplace, passengers were not able to take a bathroom break during the flight.