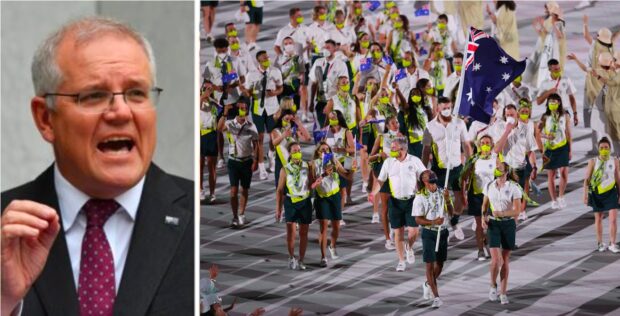 With the Tokyo Olympics set to begin, Prime Minister Scott Morrison has reminded Australia’s runners and swimmers that it’s not a competition.

In a speech designed to inspire the Australian team before next Friday’s opening ceremony, Mr Morrison encouraged athletes not to set targets. “A lot of you seem to be giving yourself a goal to win a medal or achieve a certain time. But that will just mean you’ll need to take responsibility down the track. Can I suggest you put together a Four Phase Allocation Horizon for your event instead.

“And let’s stop this obsession with other countries. If you’re swimming in a 100m heat and you see someone from another country ahead of you, that’s irrelevant. Totally irrelevant. This isn’t some sort of international competition, it’s the Olympic Games”.

He reminded all Australian athletes that they would begin at the front of the line and should expect to be at the finish by October. “Now whether that’s October this year or October next year I can’t say. But we do expect you to be finished in time for the next Olympics”.