CLOSE
The Nation
Morrison Dismisses Claims He Is NSW Centric, Saying He Governs For All 8.1 Million Australians 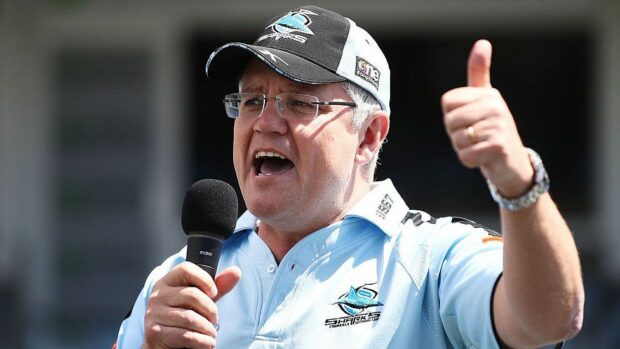 An angry Scott Morrison has hit back at the Victorian Government’s claims he gives special treatment to New South Wales, saying he works tirelessly for each and every one of Australia’s 8.16 million citizens.

Wearing a Sharks scarf and a Blues cap, Mr Morrison said he was offended by the notion that he only looked after his own.

He said his job meant he had the opportunity to see parts of the nation he had previously not visited. “Like North Ryde. Previously I’d only ever been to Ryde.

“One of the things about this pandemic is that it’s brought us closer together – all 128 local council areas. And in my time as Prime Minister I’ve had the good fortune to visit a great many of them”.

Asked whether he had plans to visit Melbourne, the PM said he would go there as soon as international borders re-open.