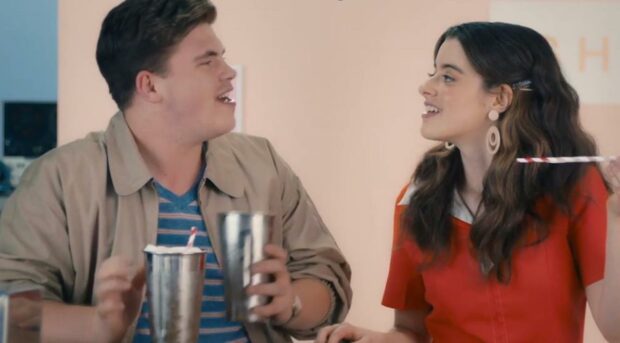 After months of delay, the Federal Government has finally released a COVID-19 vaccination campaign, with an advertisement that asks Australians to imagine the vaccine is like a milkshake that half of the population is unable to purchase.

[Read the full video script below].

The 60 second explainer begins with an exchange between two young people, with the first asking, “Would you like to try a milkshake?” before continuing, “Sorry, we didn’t order enough milkshakes”.

“We asked ourselves, what could we do to make this absolute mess of a rollout even more confusing for the Australian public? And then someone said, ‘Let’s use the analogy of a flavoured milk drink’. I think we all knew then and there that we’d nailed it”.

[Voiceover]: To cross into the action zone, both parties need to agree. But when one of those parties is an incompetent clusterfuck of a government, they won’t take any action at all, missing the opportunity to enter into an agreement, and failing to order enough milkshakes for everyone.

[Voiceover]: This is what we call ‘moving the line’. A tricky technique where we give the impression that we’re busy doing stuff, when in actual fact, we’re doing absolutely nothing at all. Often that means totally dazzling you with announcements and photo opportunities and graphics with lots of milkshakes with our logo on it, moving the yes line over the maybe line and into the end zone. Whatever the fuck that means.

[Actor 2]: “But everyone else in the world is getting milkshakes”.

[Voiceover]: Although if you were over 50, it wouldn’t be the milkshake you want, because we’ve spent the last six months telling you it’s a shit milkshake, and then telling you you need to drink it anyway.

[Voiceover]: Actually, it is. Because one of the things we’re very, very good at, is totally fucking something up, and then making it sound like it’s someone else’s fault. It’s called not taking responsibility.

[Actor 1]: “Oh. Really? Why didn’t you say so? Well then of course you can have a milkshake. What flavour would you like?”