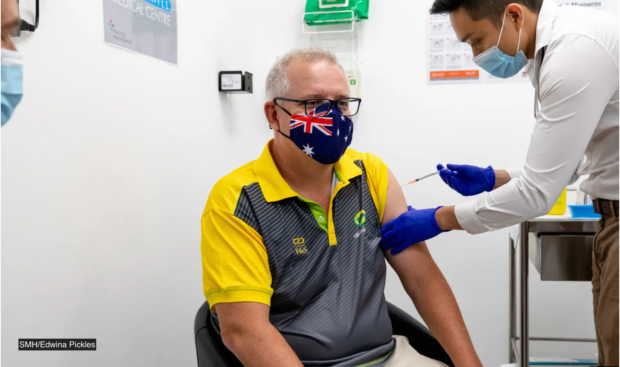 Scientists are investigating claims that the Pfizer vaccine has caused some recipients to lose all sense of responsibility before entirely evaporating from view, especially when faced with an emergency.

In one prominent case, a Sydney man in his 50s – who has received both Pfizer doses – is said to have totally vanished six days ago.

“We know he’s there somewhere, but we just can’t see him,” one friend said.

Scientists say they are investigating the new side effect. “From what we can tell it’s not an immediate reaction. It seems to be triggered when the patient is faced with a difficult situation that they don’t want to deal with – it’s like an allergic reaction. Their responsibility levels immediately drop and they disappear, sometimes for days at a time,” one scientist said.

Despite the findings, some are sceptical, with one long-time associate of the Sydney man saying he has had a habit of disappearing in a crisis for years, well before the vaccine was invented.

“He’s been doing it his whole life, so I’m not worried at all. You watch; in a few days he’ll be posting pictures of curries and dogs on Instagram and be back to himself again”.