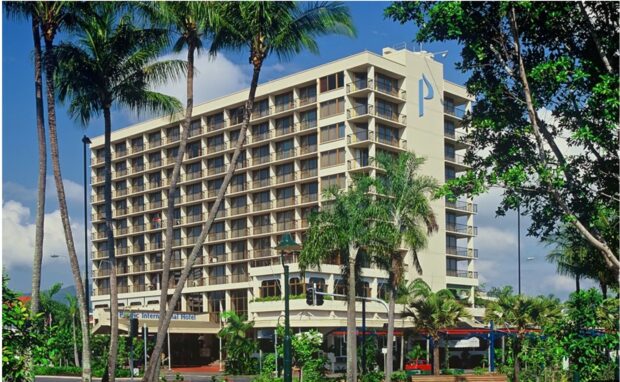 A Sydney woman has scaled two balconies, run down an outdoor staircase and broken through a door, after suddenly realising she was in Queensland.

The 22 year-old woman said she made the shocking discovery during her transportation to quarantine, when she saw an advertisement for Bob Katter. “That’s when I knew I had to get out of here. No-one should be subjected to that kind of thing,” she said. She said being forced to spend extended periods of time in rural Queensland was a breach of the 1948 United Nations Charter of Human Rights.

Queensland Police Commissioner Steve Gollschewski described the woman as ‘highly motivated’ after she kicked her way through a locked door to reach the exterior of the hotel.

“She also considered chewing her arms off at the shoulders so that she could attempt to get outside and make her way to the border”.

Police were tipped off to the woman’s location in a bar when she was overheard ordering a Tooheys New. The tipster, who wished to remain anonymous, said “As soon as I heard someone order anything other than Great Northern, I knew there was something off about the situation”.