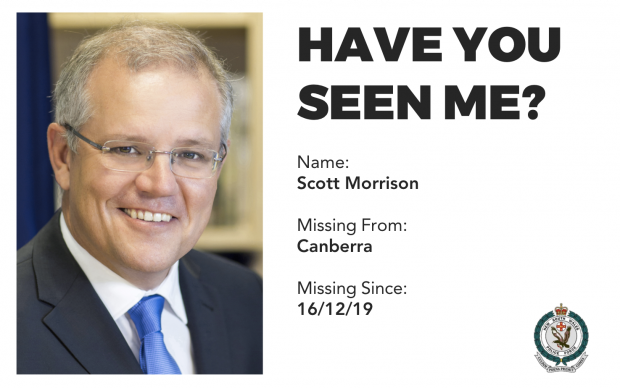 A Sydney man who lives and works in Canberra hasn’t been seen for days, police have revealed. Friends, family, media, firefighters, community leaders, his electorate and voters have tried to contact the man, but his whereabouts is still unknown.

Police have described the man as a ‘white male politician in his fifties’, which has narrowed down the search to about 4000.

Those who know him say he may also be wearing a stupid baseball cap and muttering inane, meaningless slogans.

Community leaders have made an emotional plea for him to not come home. One woman said, “If you’re seeing this, please, please, just stay where you are”.