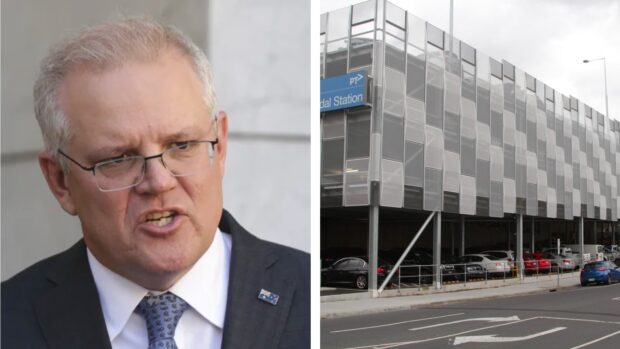 Scott Morrison has sought to restore calm today, assuring Australians that everyone in a Liberal electorate who wants one will have a car park next to a train station by December this year.

With frustration about Australia’s vaccination rollout on the rise, Mr Morrison confirmed that a growing number of Liberal voters had already received their first car park, with most expected to get their second car park by January next year.

“With a deadly virus once again taking seed in Australia, I want to assure you that we’re doing whatever we can to ensure that marginal electorates get a car park within easy walking distance of a train station,” he said.

The PM said that Australia was meeting its Car Park Allocation Horizons. “I am pleased to announce today that this government has secured an additional 10 million carparks, with 50,000 car parks expected to arrive per week from next month.

“If you’re worried about the virus, or you’re concerned that you’ll be left jobless and without JobKeeper benefits as a result of a lockdown, let me reassure you that you will have access to a car park soon”.