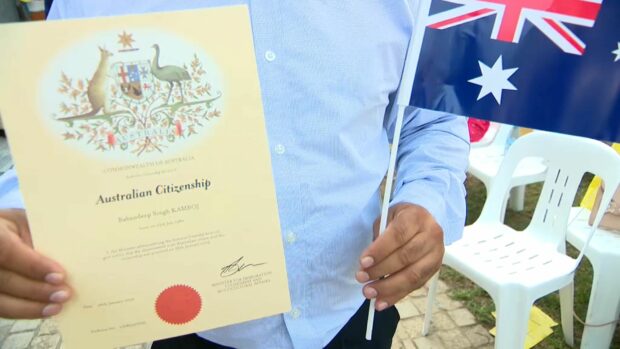 With the price of an Australian citizenship application increasing by $205 to a total of $490 from July 1st, Immigration Minister Alex Hawke has reminded would-be citizens that the actual cost is slightly more “since you also have to be okay with all the heinous shit the government does.”

Announcing the changes today, Mr Hawke said the Government’s goal with its citizenship program was to ensure new Australians uphold the nation’s values, including political apathy, casual racism, and the ability to pick a political party and blindly support it like it’s a football team.

“That last one is particularly important, it really lets us get away with a lot of things like sports rorts, gutting Medicare during a pandemic or vandalising the environment. So long as someone has decided that the other options are worse, we can keep pushing the limit,” he said.

New questions for the citizenship test will also be introduced, with Defence Minister Peter Dutton explaining that the questions are designed to avoid giving citizenship to anyone with ‘extremist ideals’ such as empathy and accountability.

A sample of the leaked questions read:

What should a government do with children who need help?

What should a Prime Minister do during a crisis?

b. Go on holiday

If a Minister is accused of Sexual Assault should the government:

a. Investigate the allegations

b. Complain about media bias until the assault is out of the news cycle