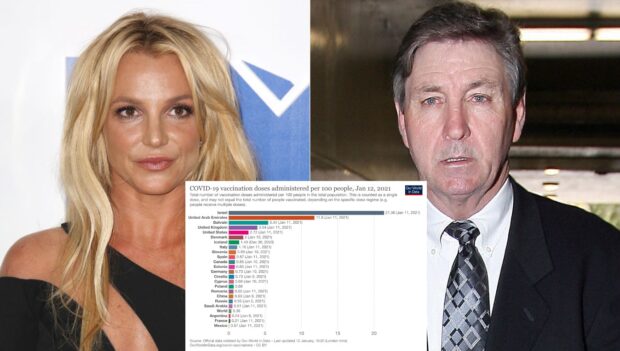 In a stunning development overnight, a judge has appointed Jamie Spears as conservator of Australia’s immunisation rollout until such time as the government can get its shit together.

Jamie Spears has been conservator of his daughter Britney’s financial affairs since her infamous breakdown 12 years ago. But in a statement released today, an international judge said watching the Australian Government totally lose the plot has been far, far worse.

“Shaving all of your hair off and then attacking a paparazzi with an umbrella is bad. But not nearly as bad as monumentally cocking up the most important vaccination rollout in 100 years,” the judge said.

“And sure, getting married in Vegas and then getting the marriage annulled 48 hours later is pretty unhinged. But it’s nothing compared to using the term ‘COVID Vaccination Allocation Horizons’ and expecting people to take you seriously”.