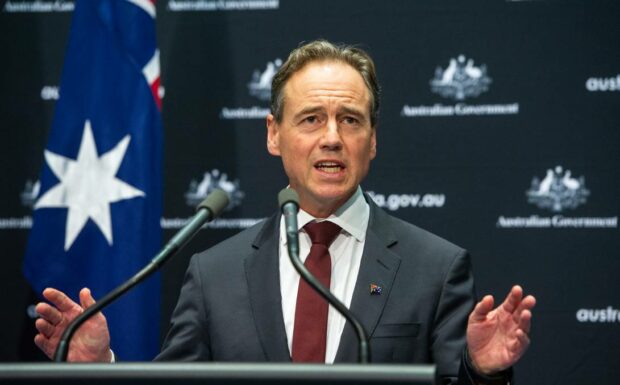 In new advice released today, the Government says that the AstraZeneca jab is now recommended for anyone who can even vaguely keep up with the latest policy on the rollout.

In a media conference today, Health Minister Greg Hunt said the government’s advice was clear. “The AstraZenca vaccine is open to all 25 million Australians, as long as they are over 60 but not younger than 70, or any age over 18 but born in March of a leap year, except 1974.

“That was yesterday’s advice of course. But now we are saying it is open to anyone who can decipher what the actual fuck I am saying on any given day, subject of course to supply constraints. It really couldn’t be any more straightforward”.

Mr Hunt said the Government simply followed the medical advice, except on the days when it didn’t. “We take what the medical authorities tell us, we mix it with some polling data and then place it into one of those big Powerball machines, give it a spin and then pick out a policy. I really can’t understand why the take-up hasn’t been higher.

Terry McInnis from Brisbane said he had managed to work out the Government’s recommendations and so was eligible for the vaccine. Although he was later told that the rules had changed and he was no longer eligible.

Australians are encouraged to visit the Government’s website where they can answer a series of questions to determine at what date in the past they were eligible.