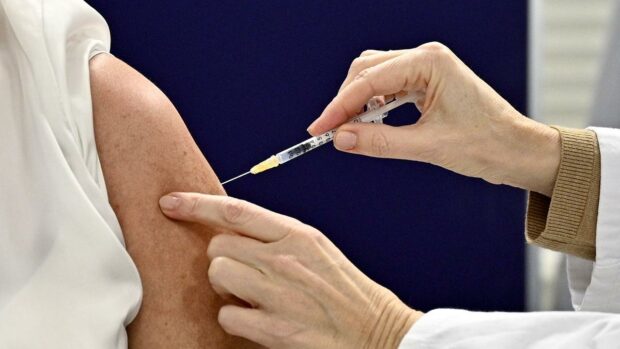 The number of fully vaccinated Australians has almost reached double figures, it has been revealed.

It means the nation is on track to reach its full vaccination allocation horizon of December 2031, and is now first amongst OECD nations for inoculation rates when you turn the chart up-side-down.

Speaking from Australia’s only purpose-built quarantine facility ‘The Lodge,’ Prime Minister Scott Morrison made a rare statement today, detailing the extraordinary lengths he has gone to in order to vaccinate ordinary Australians.

“We’re proud to announce a second successful injection into the arm of an ordinary citizen,” he proclaimed. “This means Margaret Flange from the Mudgee CWA cake stall can now call herself fully protected.

“Of course, we’ve had to water the current vaccine stockpile down a bit with half a bottle of Windex, but we’re on course to have the entire Mudgee CWA achieve herd immunity by October 2022.”

Mrs Flange, who accepted her trophy via video link with the Prime Minister, joins a rapidly expanding list of ordinary citizens to have received both doses of the vaccine, including G. Hunt, S Morrison, J Morrison, A Morrison and L Morrison.